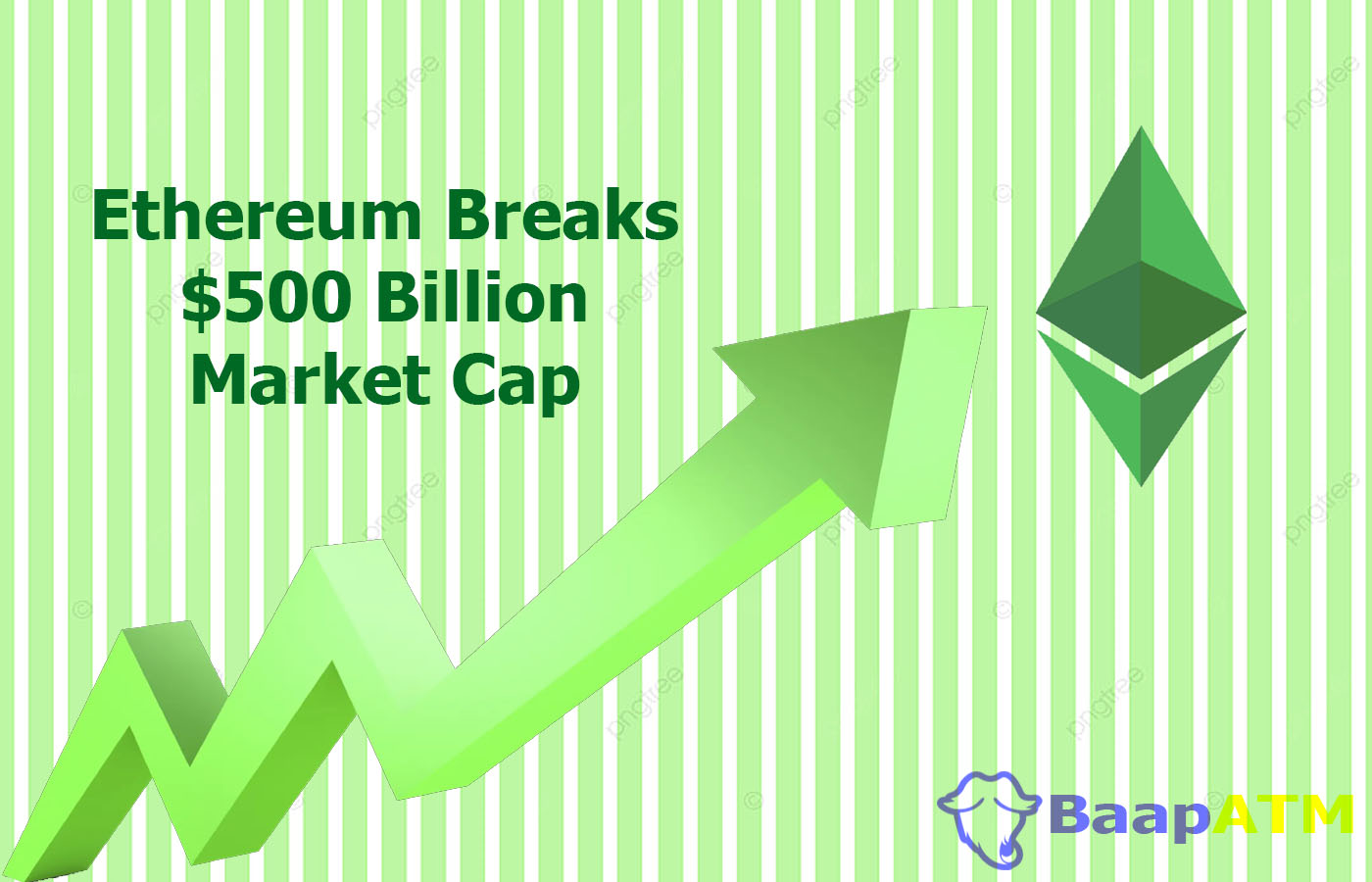 The current bull run is mimicking the one in 2017, where cryptocurrency were breaking records regularly. After Bitcoin, the second most popular cryptocurrency in the world (Ethereum) has now crossed the $500 billion market cap mark. This is a major milestone, but it doesn’t seem like things are about to stop anytime soon.

It was in November of last year that the total market capitalization of the entire crypto industry crossed the $500 billion market cap. Soon after that, in December, Bitcoin alone achieved that feat. Now, after five months, Ethereum has managed to do so as well. With this feat, the total market cap of the industry has now crossed $2.5 trillion. This is huge by any measure. It also signals that cryptocurrency are now a serious asset class and should be taken seriously.

This rise in market cap, of course, comes courtesy of the rise in the price of Ethereum. From $600 in December to $4300 currently, the cryptocurrency has increased 700%. An interesting tidbit is that Vitalik Buterin, co-founder of Ethereum became a billionaire as soon as it crossed the $3000 mark. In the times to come, it is expected that cryptocurrency founders and entrepreneurs will make up most of the rich list of the world.

Another thing to note is that the current high is more than 300% higher than the previous all-time high of $1300 that it had reached during January 2018. According to experts and traders, Ethereum could even cross the $10,000 mark in the coming months. This would be a massive gain.

As the way things stand, the second most popular crypto in the world is already larger than Visa and JPMorgan (according to market capitalization). If Ethereum keeps rising higher and higher, it might beat giants like Tesla, Facebook, and even Google! After all, Bitcoin is already on its way to doing exactly that. It is not too far-fetched considering that retail and institutional interest are both on the rise and expected to be that way for the months to come.