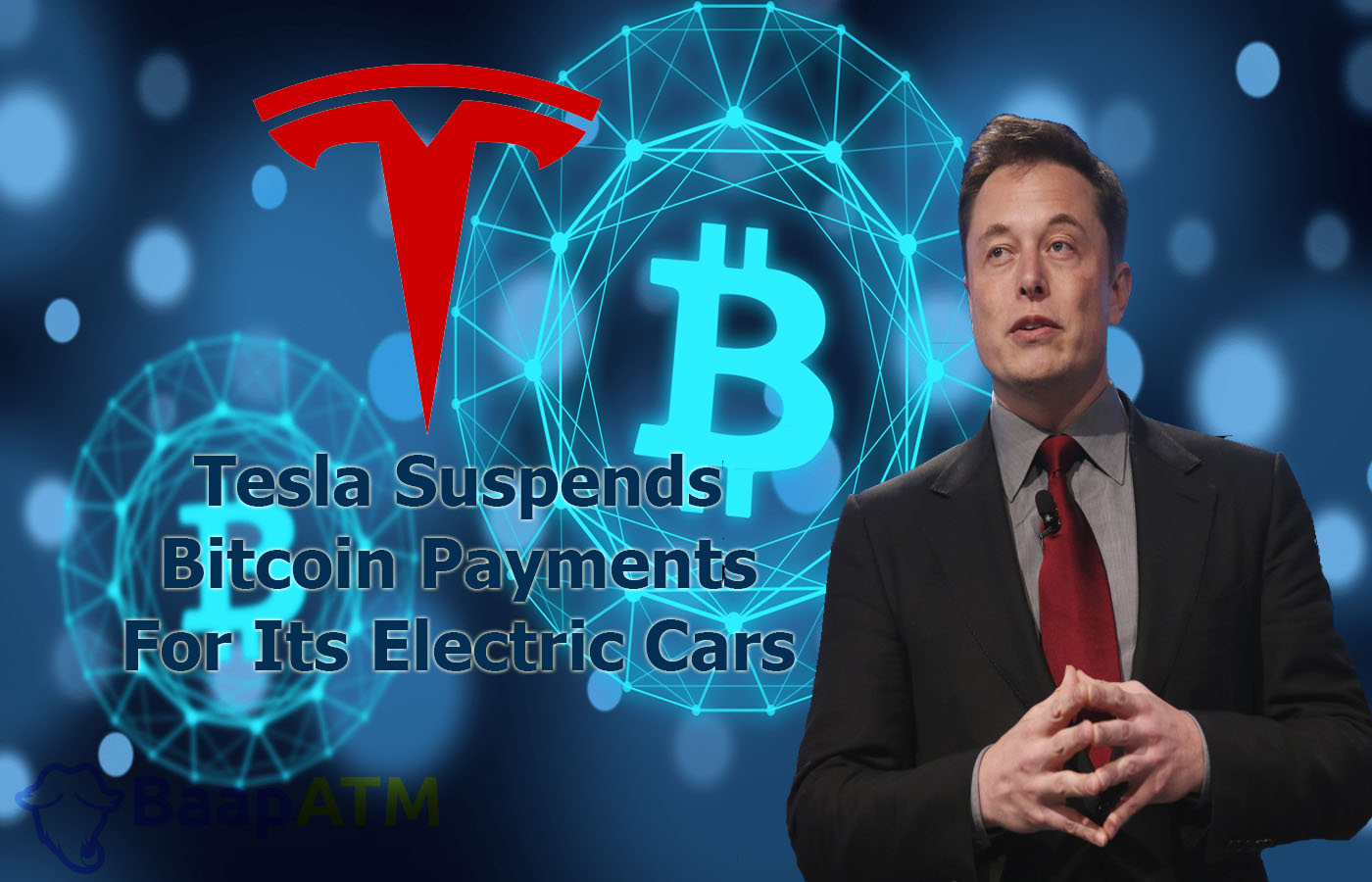 In a sudden and surprising move, Tesla has announced that it is suspending bitcoin payments for its cars. This is quite a reversal of their decision from a few months back. They had just opened up the option for customers to pay for their new Tesla’s with Bitcoin. And just recently, Elon Musk had even asked his followers on Twitter whether he should enable Doge payments or not.

Apparently, the reason behind Tesla’s decision is the rising use of fossil fuels for the mining of Bitcoin. Elon Musk confirmed this on Twitter. The decision thus seems like it is in alignment with Tesla’s mission of transitioning the world to renewable energy.

However, the company was quick to point out that they are not selling the Bitcoin that they hold. They also stated that they might enable Bitcoin payments in the future if its mining switches to renewable energy. On top of this, they are looking for other cryptocurrency whose energy consumption is less than 1% of Bitcoin’s. On his personal account, Elon said that the cryptocurrency has a great future but it cannot come at a cost to the environment.

After this news spread, the cryptocurrency markets tanked. In the initial aftermath, the BTC crashed by 6%. At the time of writing though, it has crashed by around 11%. Although it’s not as wild of a move as Bitcoin is infamous for, it certainly tells that Tesla’s news has had an effect.

Even after the market crash, the crypto community on Twitter quickly started bashing Tesla and Elon Musk’s claims. Some pointed that over three-quarters of bitcoin mining uses renewable energy. Others pointed that banks consume much more energy than Bitcoin. Many in the community even asked others to stop buying Tesla cars as a sign of protest.