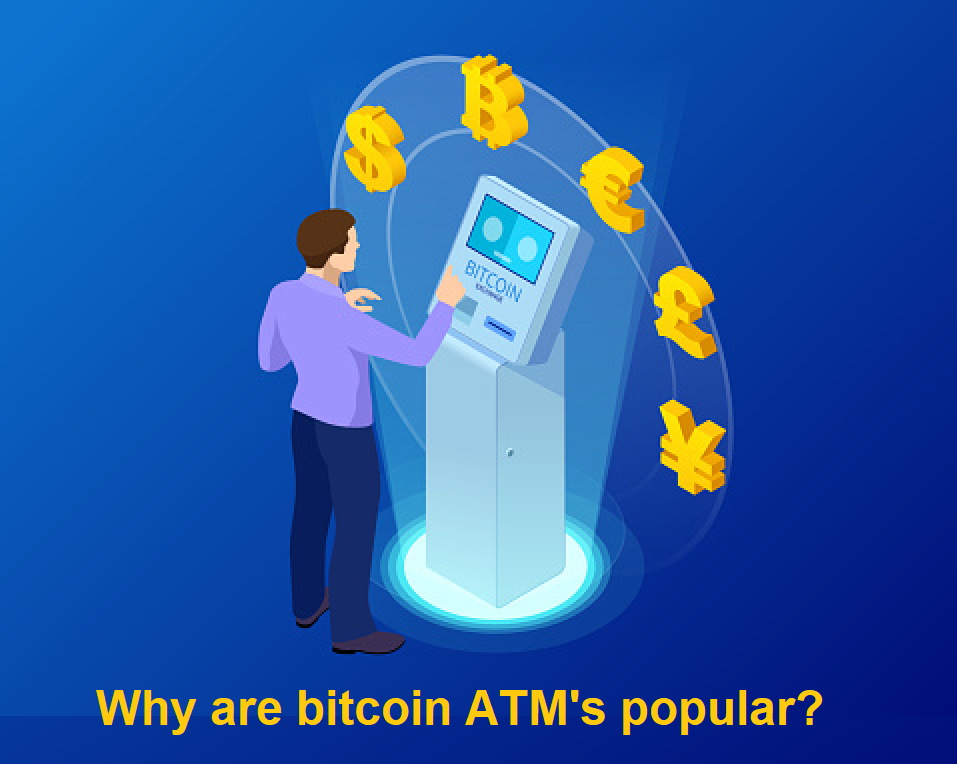 Why are bitcoin ATM’s popular?

Why are bitcoin ATM’s popular?

So, why are bitcoin ATM’s popular? We are going to discuss that in detail in this article. As Bitcoin grow in popularity, so do the means to trade it. The users can trade with Bitcoin using the Bitcoin Automatic Teller Machine (ATM). Bitcoin ATMs are growing into one of the most popular means of buying cryptocurrencies. Since the opening of the world’s first bitcoin machine in Vancouver in 2013, ATM installations have surged around the world as the market grows into a major industry. Interesting trends are beginning to affect these machines. In addition to Bitcoin support, you can now purchase some Altcoins as well. This often includes Ethereum and Litecoin, and Bitcoin Cash. 52% of all Bitcoin ATMs (1,846 total) also support Altcoins. Furthermore, we have confirmed that cryptocurrency popularity has grown more than just bitcoins. Valuable stores and investment opportunities aren’t the only things you’ll find in this fast-growing industry.

Bitcoin ATM near me

If you’re looking for a Bitcoin ATM near you, it’s best to use a website that tracks ATM installations around the world. According to the platform, there are over 7,000 machines installed worldwide. You can use “Bitcoin ATM near me” of the platform. This feature allows you to refine your search, view supported digital assets, and find machines that can buy and sell cryptocurrencies. The platform provides detailed information about most machines, including addresses, manufacturers, and operator phone numbers.

Bitcoin ATM is one of the older and best ways to buy Bitcoin in Canada. This is one of the best options for users who want to buy bitcoins using cash and want to stay anonymous but want a higher amounts. Bitcoin ATMs usually cost a lot of money to users and the fees are 6-8% higher than the market price. There are many Bitcoin ATMs across the country, and you’ve almost already seen them at malls and stores. You can check the coin ATM radar to find the nearest Bitcoin ATM. In Canada the bitcoin ATMs are present all around. In fact, we have Bitcoin ATMs per person from any country in the world.

Bitcoin ATM machines in Toronto are everywhere, further demonstrating that Toronto has become the protagonist of global tech games. Bitcoin is a cryptocurrency that functions like a regular currency. Mainstream popularity is beginning to grow as Toronto soon adopted a new form of currency. Bitcoin ATMs are found in the city and people can use machines to buy and sell them Bitcoin.

The best way to buy Bitcoin is to buy directly from Bitcoin ATM’s in Toronto. Recent survey of cryptocurrency suggest that they store their Bitcoin in hardware wallets such as Trezor. Last year alone, there were some reported cases where the Bitcoin exchange was hacked or compromised. The hackers who hacked the Bitcoin exchanges, were out of luck as most Bitcoins were stored on hard wallets.

Why are bitcoin ATM’s popular