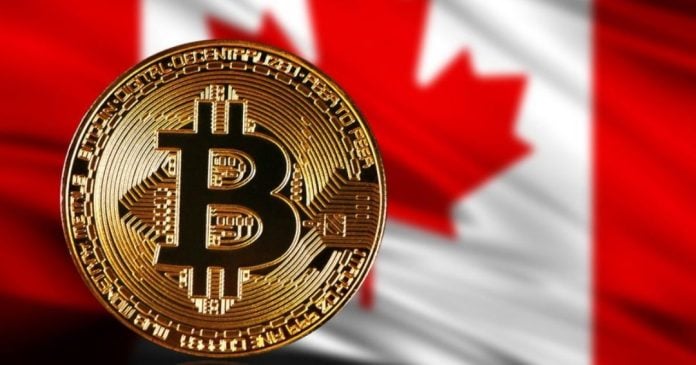 When Bitcoin was introduced, it created a completely new Universe. The world’s first decentralized digital currency that is not controlled by anyone. It’s decentralized peer-to-peer payment system offers a currency with no central authority or government.

As such, it provides a convenient way to carry out cross-border transactions by having almost zero exchange rate fees or transaction costs. The very concept of Bitcoin implies that anyone with sufficient computing power can create coins by simply being an active part of the community.

Whether Bitcoin is legal or not depends on where you are in the world and what you do with the currency. Here is a guide on legal issues concerning Bitcoin Canada.

If we were to explain in simple terms what Bitcoin is, the best way would be this: Bitcoin is not simply a currency, but it is a revolution.

Bitcoin is a digital currency, which allows you to send and receive money semi-anonymously thanks to a decentralized network of computers connected to each other, without intermediaries, banks, central bodies or whatever.

In addition, Bitcoin is composed of two main elements:

The bitcoin (lowercase) is the token (the token), code strings representing digital properties. On the other hand, we have the Bitcoin network (capital B), a decentralized network where a ledger with all the bitcoin token transactions is stored inside it.

The Bitcoin was the first example of what we now commonly call “Cryptocurrency”. An asset class that shares some characteristics with the traditional currencies. Cryptocurrency is also receiving widespread interest and with Governments taking a cautions stance.

Cryptocurrencies are fully digital currencies that do not exist in physical form, used to validate transactions and money creation.

This cryptocurrency was invented in 2009 by the programmer Satoshi Nakamoto. In just a few years Bitcoin has gone from underground, made up of enthusiasts and experts in crypto, to becoming one of the most famous and highest-capitalized currencies.

As we said, the “basic” feature of Bitcoin is that it allows all people in the world with a computer / smartphone or any other device connected to the internet to send / receive money for free without the need for a central entity (bank) that oversees the circle of money (and its cost).

The Bitcoin is therefore a method to send / receive money in a completely independent and decentralized. Through a network that is distributed through all the network nodes, which allow the various movements of transactions to function. The encryption is used to make the network secure and to enable users to obtain a minimum of anonymity.

How to trade Bitcoin

There are various methods to trade bitcoin. Each method differs from the other and depends upon what is most convient/accessible.

It can be said that this method is the easiest and most automated way to trade Bitcoin, is digital currency trading platforms such as, act as an intermediary for digital currency, it is through those sites that you can sell trade Bitcoin, by creating an exchange account, And link this account to your bank account, and send bitcoin there, as you do when you make a transaction with another person, and after depositing your currencies there, you place a sale order, which includes what you want to sell your bitcoin at the market price at the present time, and stock exchanges give you an end to the process Selling.

After the sale is complete, the money will be transferred to your bank account, at which point you can withdraw it whenever you want, note that you will be charged a small fee for using the exchange services.

The peer to peer selling process is a good way to sell bitcoin, as it is done between one person and another, and it is a somewhat safer alternative, and you can do this through many sites, the best you register on the site, and you are asked to confirm Your ID, and after completing the registration process, it displays the currencies that you want to sell, and the actual method of the transaction depends on the site used.

Control is imposed between the seller and the buyer on the site to ensure that no theft or misappropriation occurs, and when the price is agreed upon between the two parties, the site gives an alert to the seller that he can sell the bitcoin he wants at the agreed price and once the seller agrees to that, the sale takes place after the buyer pays the required money and sends Bitcoin to him.

Trading Bitcoin – is it legal?

Canada has a much more confused attitude towards cryptocurrencies. It is not a legal tender currency, but it is still possible to legally exchange the currency. Beginning June 1, all exchanges will need to be recorded at the Canadian Transaction and Financial Reporting Center, FINTRAC.

Canada maintains bitcoin-friendly, however, enforcing that the digital currency is not used for money laundering and other criminal activities. The Canadian Revenue Agency (CRA) views Bitcoin as a commodity, meaning Bitcoin transactions are considered as barter. Thus, any profit resulting from the transaction is taxable. Taxes also depend on whether the individual has a sale business or only has investments in digital currencies.

In addition, the Canadian government has mandated the Senate Banking Committee to develop guidelines for virtual currency legislative bodies.

With the countries regulating cryptocurrency, it is a good time to get familiar with cryptocurrency. As predicted when bitcoin first arose, it will revolutionize the currency to a whole new level.

The best time to buy Bitcoin is today, the second best time is tomorrow. So, start shopping a little every week or every month. Until then, you should be prepared for big Bitcoin valuations and should take advantage of bearish moments to gain even more.

Whoever missed it, probably missed a great opportunity. But hey! Its just the beginning, it is always possible to make good gains with Bitcoin.