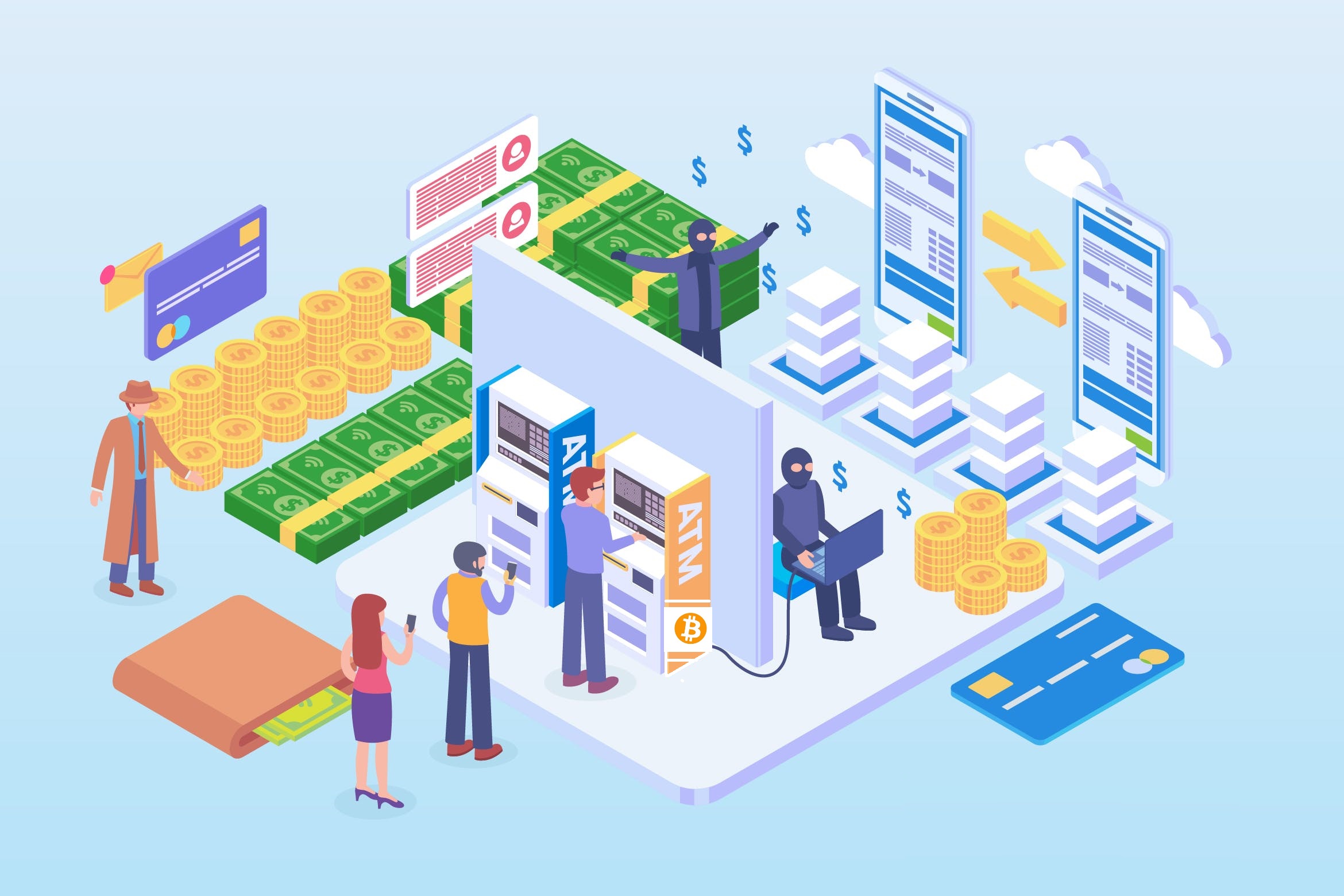 How to stay safe by Avoiding Bitcoin ATM Scams

Bitcoin ATMs are one of the greatest ways to get started in the world of cryptocurrencies. They are familiar to people as they are an important part of the legacy financial system. They are also quite easy to use and provide a quick way to buy your first bitcoins. As such, their popularity has increased quite a bit in recent years.

The first bitcoin ATM went live in 2013 and now in 2020, there are over 5000 bitcoin ATMs. Canada is the second country to have the most bitcoin ATMs. It is quite clear that they are using them quite a lot. But this also opens the doors for nefarious people. Over the years there have been many reports of scammers and hackers stealing other people’s crypto.

Cryptocurrency is still a new phenomenon. It will take time for people to completely understand the ins and outs of it. Scammers and hackers take advantage of this fact to steal people’s crypto. They usually lure in people who are not technically inclined and dupe them into giving them their bitcoin.

In recent years, hundreds of police reports have been filed. According to a report from Edmonton Police Service, there were 196 incidents in 2018, with an overall loss of $700,903 from bitcoin ATM scams. In some of these cases, the perpetrators were caught as well.

This shows that you must educate yourself first before indulging in the world of cryptocurrencies. You must also be aware of the latest ways hackers are using to trick people. Below are some common ways that you can safeguard yourself from.

1. Out of Order Scam

Recently, scammers tried to use a unique way to scam people using bitcoin ATMs. They printed and pasted a fake notice on top of bitcoin ATMs in many places. The notice claimed that the bitcoin ATM is undergoing “software update”. So, the users were “advised” to deposit the coins they bought in a “special address/QR code”.

People who don’t understand how bitcoin ATMs work, fall for this trap. They put in their money inside the machine and scan the scam QR code. This results in the bitcoin being sent to the scammer’s address. Once that happens, the transaction is irreversible and hence the user loses their money. It is a really low-tech scam but some people still fall for it.

Many times scammers will pretend to be someone else and call you. They can pretend to be from your bank, your power company, your telephone company and so on. In a recent example, a lady from New Brunswick was tricked by an impostor. The scammer called her and said that she hadn’t paid her latest electricity bill. Also, if she didn’t pay it, the electricity will be cut.

She was then instructed to go to a nearest bitcoin ATM and deposit $1000 CAD. She did so. After that, the scammers said that the transaction was unsuccessful and asked her to deposit another $800 CAD. At this point, she got suspicious and called the police. Many people have been tricked by this method.

Another way scammers trick people is by using the help of “amazing rewards”. They call people and tell them that they have won a huge reward or lottery. This plays upon the natural greed of people. The person gets interested and the scammers talk as naturally as possible. The scammers then instruct the person to send them some bitcoin through bitcoin ATMs to register or “unlock” the rewards.

The person thinks that they can get huge rewards just by paying something like $1000-$2000 CAD. They readily go to the bitcoin ATM and send them the bitcoin. After that, they never see their money again.

Everybody wants to buy bitcoin for as cheap of a price as they can. This is because they want to reap huge benefits in the future. The scammers use this human psychology to trick people. They call unsuspecting victims and offer them a “discount” for bitcoins. They may something like “you can get bitcoin at 20% cheaper rate than the market”.

Hearing this, some people might get interested. The scammers then instruct them to go to their nearest bitcoin ATM. The person is told to scan a “special QR code” that will allow them to get a discount. Those who don’t understand technology, think that this is like a discount coupon. The result is that their money is converted into bitcoin and sent to the scammer’s bitcoin address.

Many concerned parties have come together to prevent bitcoin ATM scams. The ATM operators, the police and everyone else have taken some good measures. However, it is not an easy job. But, it’s important so that the first crypto experience of many people is not ruined.

Many operators have started to put warning signs for people using the bitcoin ATM. There are clear message boards that these people can read. These inform them that the government or utility companies do not ask for bitcoin as payment. Some operators also put these messages in the UI of the bitcoin ATM itself.

Even police offers paste notices informing the public to be vigilant about these scams. As always, consumer education has to be done to prevent scams. Unfortunately this might take some time.

What You Can Do?

Personally, there are a lot of things you can do to safeguard yourself. Below are some important points:

1. Don’t act in panic. The scammers want you to take wrong decisions in panic.

2. Talk to someone first or call the police if you are suspicious.

3. Educate yourself about cryptos.

4. Keep yourself up to date with the latest scams if you actively engage in this space.

6. Call customer support (by verifying number on their website) for any information.

We hope this article helped you understand how you can start avoiding Bitcoin ATM scams. Bitcoin ATM’s are a great way to buy Bitcoin but stay safe and don’t get scammed.